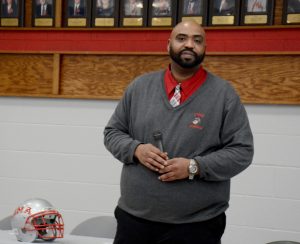 The Lima School Board approved hiring Townsend at a special board meeting Thursday, Feb. 13.

A 2000 Lima Senior graduate, Townsend was considered one of the top offensive and defensive linemen in the country.

Starting on both the offensive and defensive line, Townsend played at Fork Union Military Academy. He then played at Michigan State University and then attended the University of North Alabama.

For the past six years, Townsend has served as a campus protection officer at Lima Senior, while serving as the Spartans’ defensive line coach and as a lacrosse coach. He previously also worked on the basketball and baseball coaching staffs.